Due to the Covid-19 outbreak, we are unable to bring you our usual programme of activity for Northumberland Day 2020. However, what we do have are some competitions and a special image for you to share on social media. Head to our 2020 Zone page to find these. You will also find two education packs on our Education page, which you can use with your children whilst home schooling or just wanting to know more about Northumberland. 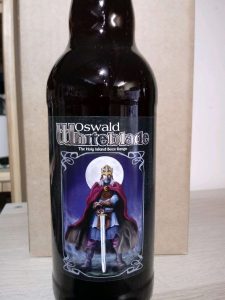 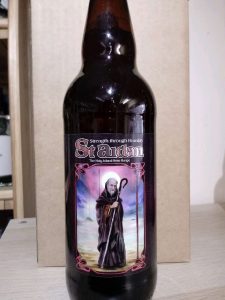 The 2018 winner of our ‘Northumbie’ award for ‘Best Foodie Event or Initiative’, A Taste of Northumbria, will be launching a brand new beer called Oswald’s Whiteblade, to coincide with the Northumberland Day weekend and another one to celebrate a Northumbrian heritage hero – St Aidan’s beer.

The St Oswald’s beer is named in honour of a seventh-century warlord, who founded Lindisfarne and started a golden age in Northumbrian history.  It is Oswald’s purple and gold banner that inspired the Northumberland flag of today, so truly fitting for Taste of Northumbria’s Holy Island brewery to have named the beer after him.

The beer is part of a hoppy range of beers that will be rolled out soon, celebrating Northumberland’s Viking heritage. A phenomenal label has been created and this, in itself, will be worth seeing at the Oswald’s Whiteblade launch.

The St Aidan’s beer is a fresh summer, hoppy brew made with Cascade hops. St Aidan was an Irish monk credited with restoring Christianity in the region of Northumbria.  He also founded the Lindisfarne Priory on Holy Island, so is a very apt personality to be celebrated by this new brew from the island.