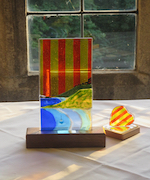 The winners of the ‘Northumbie Awards’ 2018 were last night (July 5) crowned at a presentation evening at Langley Castle Hotel in Langley-on-Tyne that has everyone buzzing and concocting Northumberland Day plans in and around the 2019 date of May 26.

The Northumbies reward participation and the special effort that goes into celebrating the county day and contenders from across the county gathered at Langley, to discover whether or not they would be taking home one of the stunning bespoke fused-glass trophies  designed by Broomhill-based Helen Grierson.

This year, unbeknown to many, there were also Hearts of Achievement for runners-up in some categories and Highly Commended certificates for all who contributed an activity or celebration to the Northumberland Day website – www.northumberlandday.co.uk 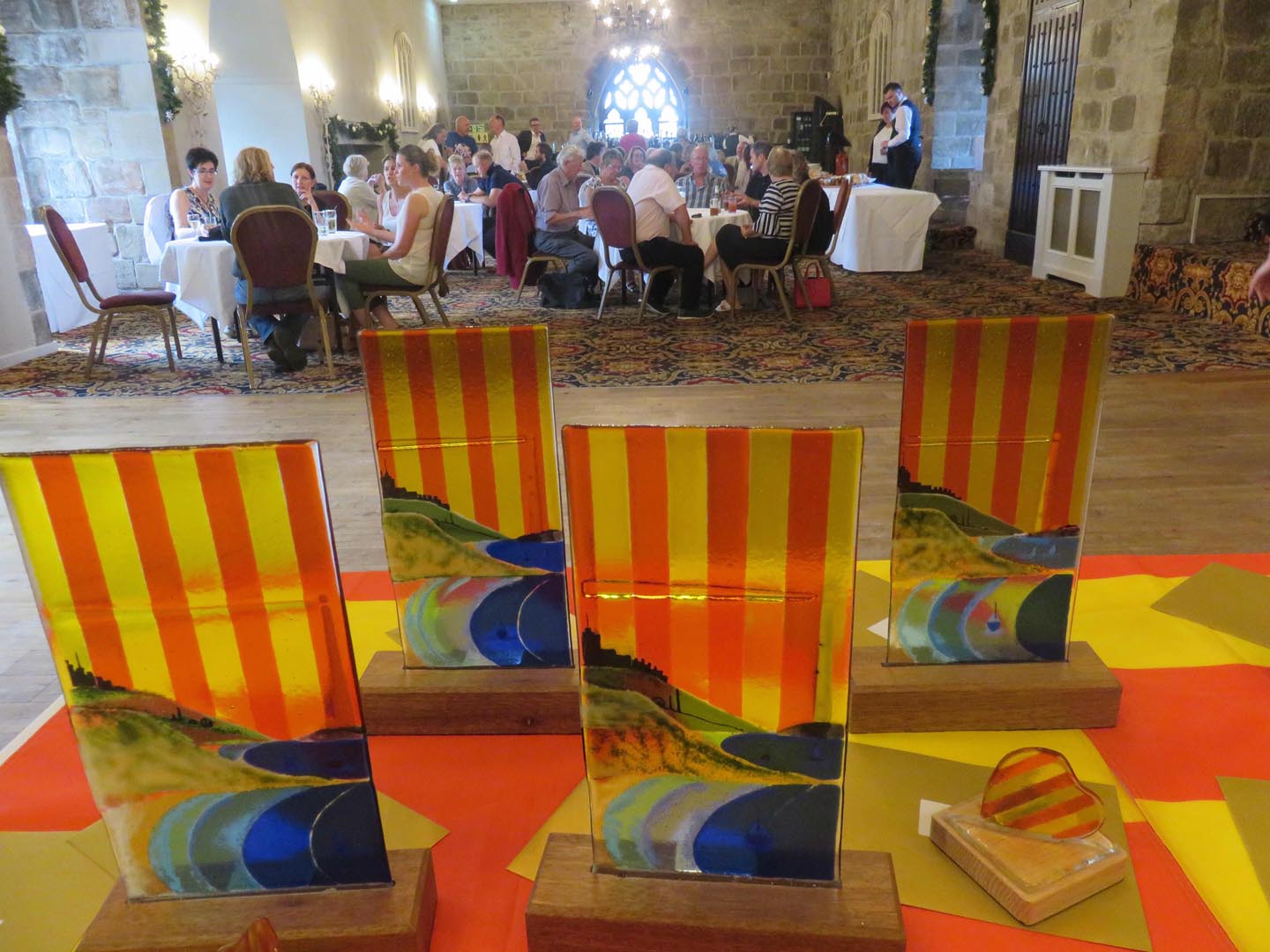 Winners came from across the county, from Norham in the north, to Allendale in the southwest.  The winners were: 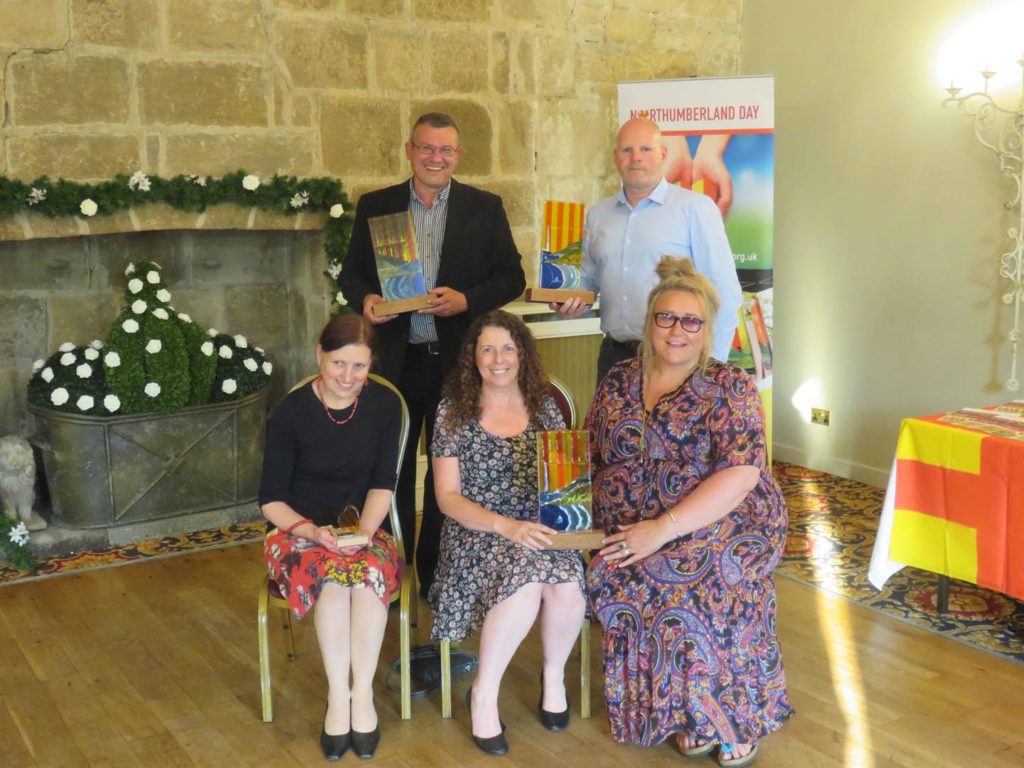 Awards were presented by sponsors and some special guests.  Toni Bush, education officer at Hexham Abbey, fittingly stepped in to deputise for Helen Grierson, as the Abbey won the Best Designed Event Northumbie Award in 2017.  Toni was delighted to hand the 2018 trophy to Headway Arts.

Acting on behalf of North East Guides was Sonja Gregory, owner of the tourism accommodation The Hytte, located in Bingfield.  She presented the Heart of Achievement to Kirkharle, who proved great flag bearers for Northumberland Day, hoisting over 30 flags down their driveway alone.  Fittingly, Sonja was one of the stars of the 2018 ‘Northumberland Flag Challenge’, which asks Northumbrians to picture themselves with a flag in an unusual location. In Sonja’s case, that translated as flying her flag during a camel ride in the Atlas mountains in Morocco!

As Northumberland Day is a totally un-funded, privately-run initiative, sponsorship is vital and organiser, Jane Hunt of Catapult PR, explained that without the generous support of all of the sponsors, the Northumbie Awards could not happen.

She also outlined the huge success of Northumberland Day 2018 and the plans for 2019, with more details to be revealed shortly.  All attendees left the event full of ideas, having heard what the winners achieved in 2018.

Jane says: “This was a wonderful, vibrant event that brought together over 50 people with a shared love of Northumberland, with some amazingly dedicated, creative and passionate people amongst them, who gave everything to create something special for their community, county residents, tourists, diners and pupils around Northumberland Day.

“We may have no funding, but what we do have is passion in abundance and we are seeing Northumberland Day grow and blossom, firmly establishing itself at a grass-roots level and generating outcomes that money simply cannot buy.”

Carla Robinson, General Manager at Langley Castle, and another presenter of some awards, said: “Langley is proud to have been the champion of Northumberland Day and it is rewarding to see the enthusiasm and passion of so many people here tonight.  We started this journey in July 2015, when I was deputy manager here and we have come such a long way, in such a short space of time.” 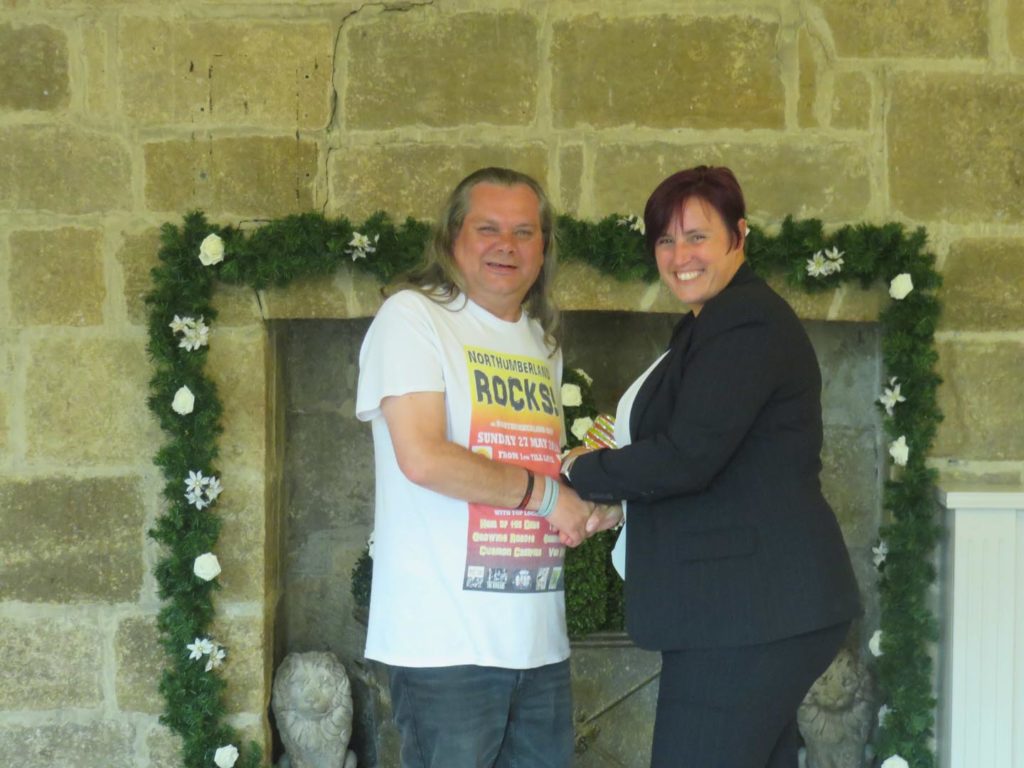 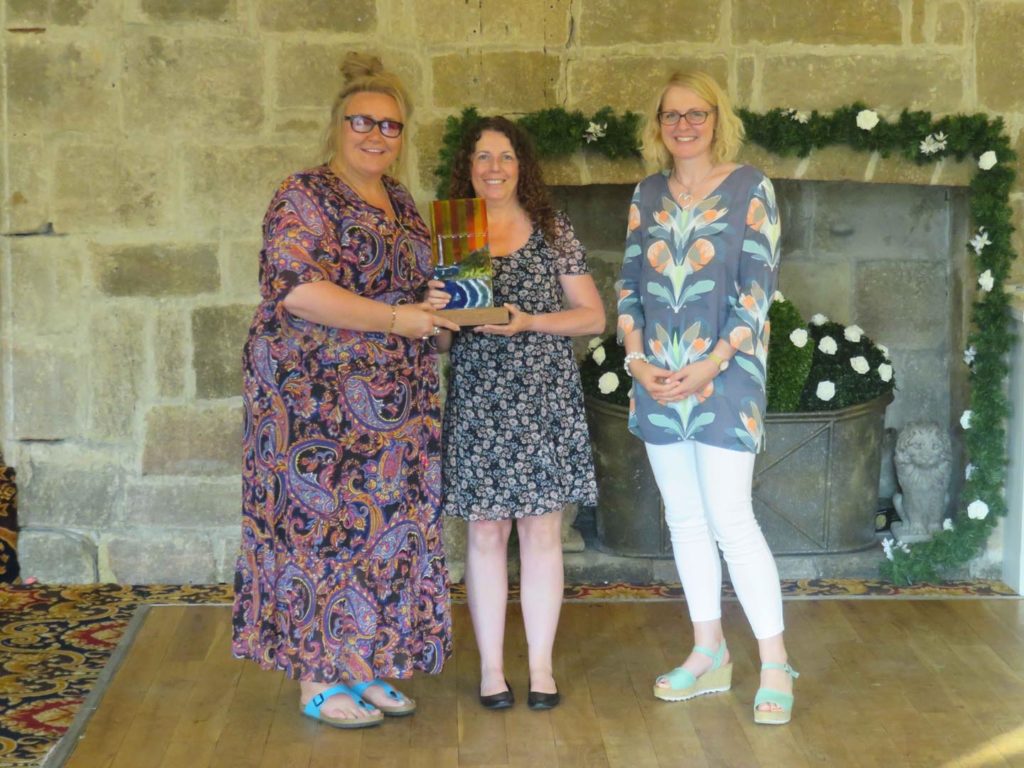 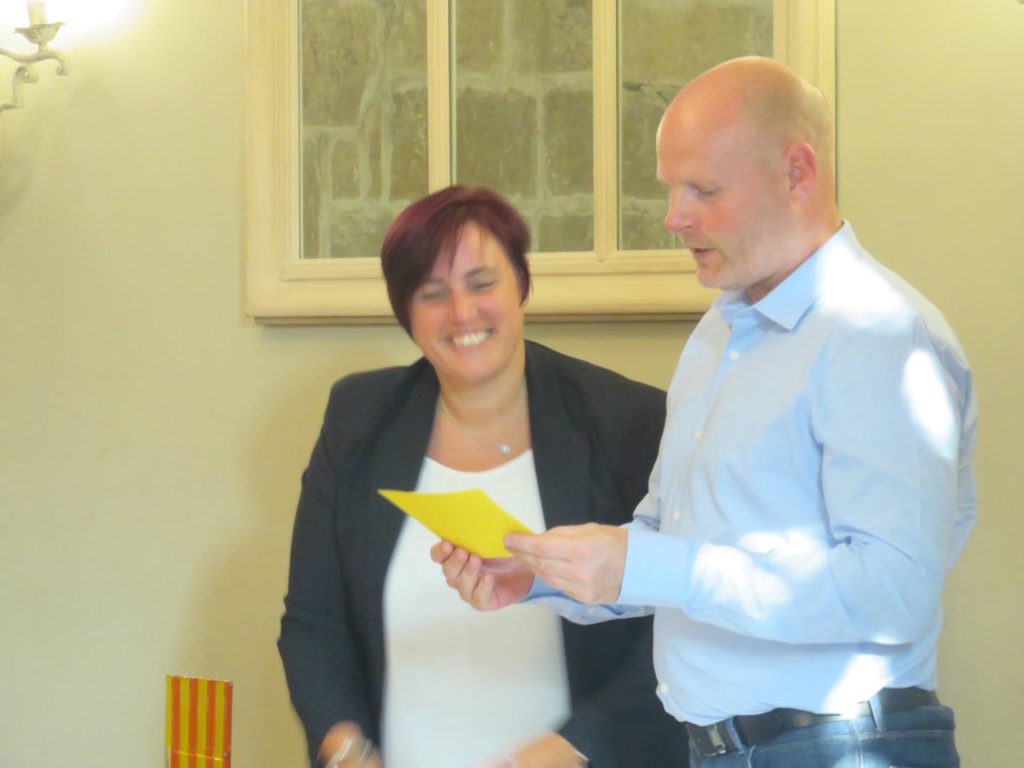 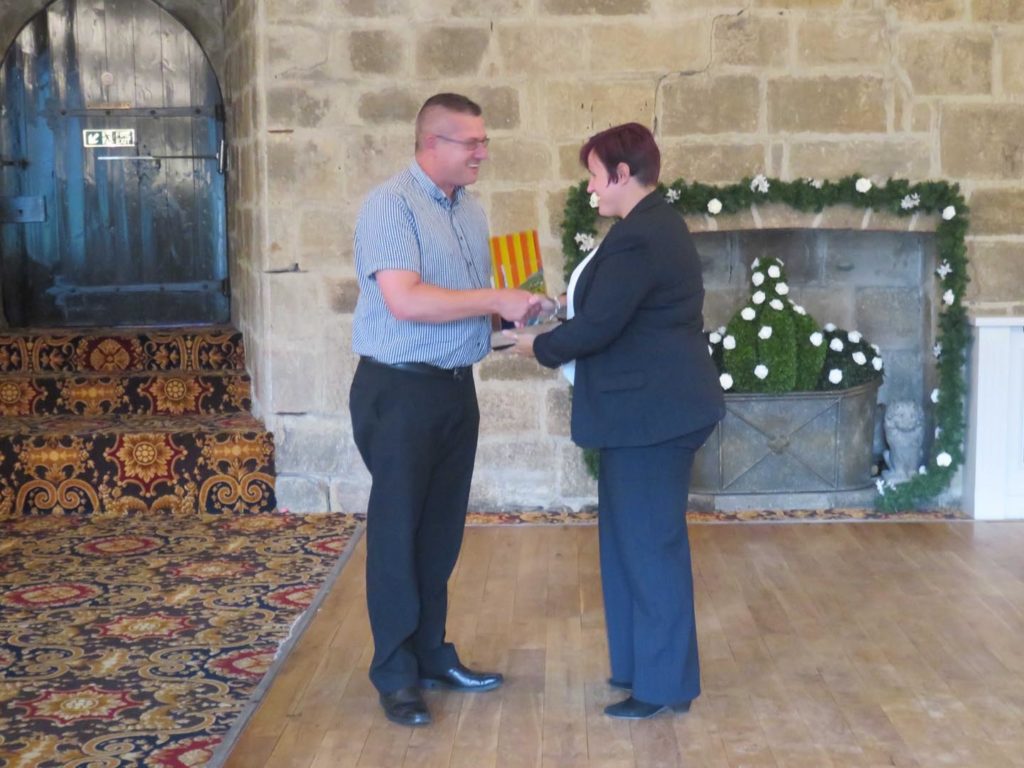 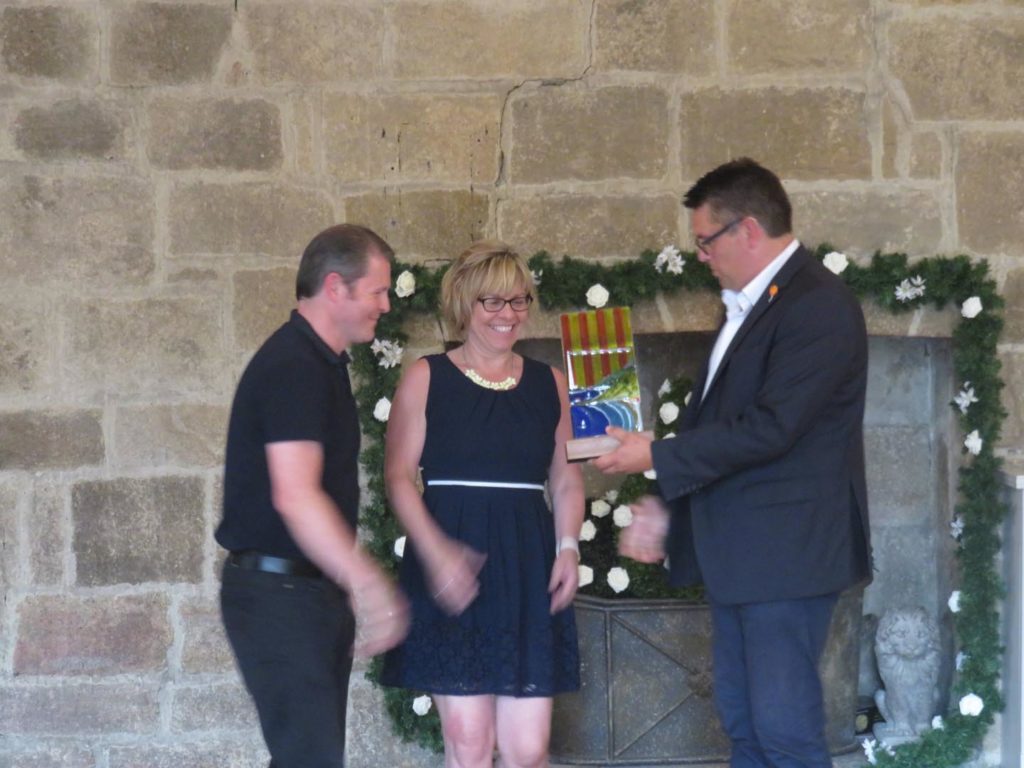 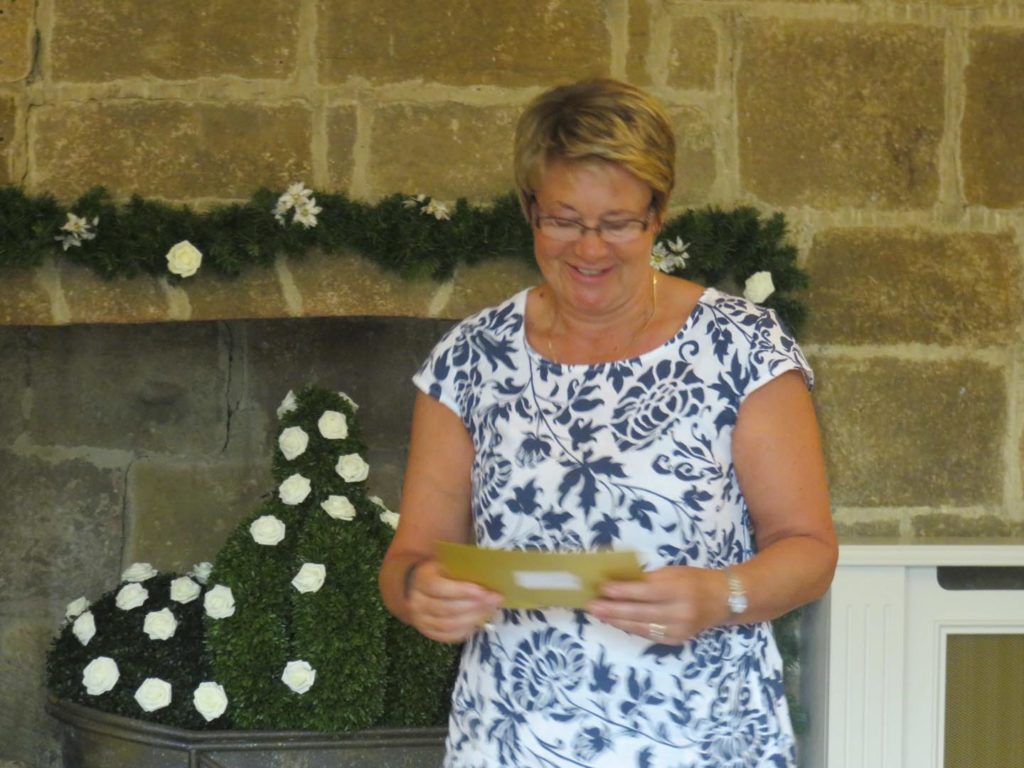 Here is what our Northumbie winners 2018 did to celebrate Northumberland Day.

The Angel of Corbridge

The Angel of Corbridge celebrated Northumberland Day by laying on menus that made use of locally sourced produce and local food and drink, with reduced prices for those wishing to sup a local pint.  It also laid on entertainment and a unique event, featuring local historian David Waugh, who gave a talk that explained the Angel’s history, in the context of its local community and location.

The Alnwick shop was the scene for different food samplings and launches over the course of a week, with this covering marmalade tasting, the launch of the new Hepple Gin bottle, biscuits, fudge, a brand new craft ale and the very exciting Hadrian’s Wall Gin.

As well as involving the producers behind these brands, Taste of Northumbria worked in conjunction with other local suppliers including Marlish, making the shop a hub of activity over many days.  Red and yellow bunting around the shop, also caught the eye.

Allendale School held a school assembly to introduce the concept of celebrating Northumberland and its place within the United Kingdom. Every teacher took onboard an element of Northumbrian life to explore with their class, with a particular focus on the industry, landscapes and traditions of the Allen Valleys. Some explored wildflowers, others the myth of the Allendale Wolf, the Allendale Tar Barl Festival, silver mining and the importance of farming in the local community.  The activities around this included poetry, an author visit, meeting a local resident who has taken part in the Tar Barl, producing dried flower picture and twig frames and going out on flower hunts.  All culminated in an exhibition of all work, hosted by the children, who answered questions that visitors put to them.

Headway Arts in Blyth created a week-long programme of activity, which began with an inspiring talk about hidden local history by top actress Vic Kay (Pitmen Painters, Sunday for Sammy) and playwright Ed Waugh. On 18th May 1918 Blyth Spartans Ladies won the Munitionettes Cup 5-0 in front of 20,000 spectators at Ayresome Park, Middlesbrough. Headway Arts refused to allow that to be erased from history, staging a special event focused on this brilliant achievement by lady footballers from a past era.  Throughout the week all groups and activities at Headway Arts Centre had a Northumbrian theme with Printable (printmaking social enterprise group run by learning disabled artists) making artwork inspired by local heroes (George Stephenson, Bella Ray among others), whilst also creating Northumbrian castles. The celebrations ended with the final event – a Stotties Sarnies and Singing Hinnies Performance served up with a Northumbrian high tea. Ham & Pease pudding Stotties were served alongside cupcakes sporting the Northumberland flag, specially printed onto rice paper to be edible. Performances included a traditional  singaround from Beeswing folk trio, learning disabled actor Tim Longrigg reading stories from The Roman Wall, a retelling if the story of Grace Darling by Allie Walton-Robson inspired by the Northumberland Day launch event at Longstone Island, a performance by the Headway Arts Inclusive Dance co and another in Northumbrian dialect by Bill Thompson a member of the Northumbrian Language society.

Kirkharle Courtyard.  Here, the shops and coffee house around the courtyard all participated in Northumberland Day by becoming champion flag-bearers and wavers, turning the courtyard into a mass of red and yellow, with over 30 massive flags hoisted along the driveway alone. A variety of Northumbrian dishes were laid on in the coffee house and there was a daily guided walk entitled, ‘Northumbria – from the Pagans to the Georgians’.

Melanie’s Tea Rooms were decked out in red and yellow decorations, flags and flower displays.  The tea rooms, only open for five months, laid on recipes that celebrated Northumbrian produce and local suppliers, going to great lengths to Northumbrianise some dishes!  The tea rooms also  named its tables after famous Northumbrians, to help celebrate Northumbrian heritage. Vintage postcards, sent by Northumbrians from the past, were also on show.

Beadnell Village, winners of the 2017 Best Dressed Village Northumbie Award went to town this year with their celebrations involving a well-coordinated parade through the village, live music, a Punch and Judy show and hog roast  at the Craster Arms, a car boot sale, a dog show, an art exhibition in the church, a fun tug of war and even a WI shortbread competition. The highlight was the attendance of the Northumberland Scottish Pipes and Drums band, who paraded through the village. All parts of the community worked together and there was a sea of red and yellow bunting, not to mention flags everywhere. The village was jam-packed with people.

Norham Village was a first-time Northumberland Day participant which organized a fabulous community day around its castle – a Grade 1 listed building and Scheduled Ancient Monument on the border between England and Scotland and overlooking the River Tweed. The event featured castle tours, a treasure trail and outdoor games and welcome anyone wishing to take part in village life, whether they just wished to experience the community, or bring a picnic and enjoy it in the glorious Northumberland landscape.

Katie is a human dynamo who maintains continuous contact with the Northumberland Day office and an enthusiasm for Northumberland Day throughout the year.  She not only acts as the cipher for all of Beadnell’s Northumberland Day news, but can often be found out and about spreading the word on Northumberland Day’s behalf, whether that is in a tourist information centre, on the quayside at Seahouses, or at a North Tourism Fair.  Katie has ensured that Northumberland Day has its place in the far north of the county and tirelessly builds on what she and the village have created before, leaving no stone unturned when it comes to exploring what can possibly be done to make Northumberland Day special in her community and how she can bring all community groups together.

John Emery holds the distinction of being the very first person to ever arrange a Northumberland Day event.

He brought together a variety of rock artists in 2017, to create the event that is now a fixture in the Northumberland Day calendar – Ashington Rocks. He has already got his line-up more or less sorted for 2019 and it’s only been a few weeks since the guitars were last put down.  John is also tireless when it comes to spreading the word on social media.  It’s very rare that something is posted on the Northumberland Day Facebook page that isn’t shared by John, who is a true ambassador for the county day.